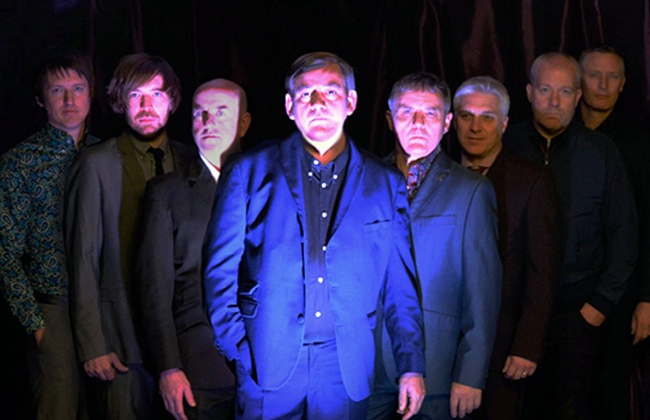 Secret Affair were formed in 1978. The original line-up consisted of Ian Page (vocals, keyboards, trumpet), Dave Cairns (guitar), Seb Shelton (drums), Dennis Smith (bass). Page and Cairns had already worked together in the New Hearts and released two singles (Just Another Teenage Anthem and Plain Jane on CBS records in 1977 and 1978 respectively) without success. The New Hearts toured with The Jam but were eventually dropped. Page and Cairns licked their wounds, wrote songs and made plans for the Secret Affair. Shelton (ex-Young Bucks) and Smith were recruited via ads in the music press. During early gigs again supporting The Jam, Secret Affair found a direction in the mod revival which was already under way. They threw away the punk, new wave influences and embraced an updated Tamla Motown beat. If The Jam were accepted by the new mods, they were still essentially a punk band, Secret Affair were loved and adored. They became the spearhead band of the mod revival and surfed its success. The downside was that despite a strong discography and talented songwriters in Page and Cairns, Secret Affair faded and died with the mod revival after only three albums and a fistful of classic singles.

Time For Action, Secret Affair’s debut single became mod’s anthem and reached 13 in the UK charts. Always desperate not to be left out of any new trend the UK music press courted Secret Affair and numerous front cover features followed. However, already alienated from the music business after their New Hearts experience, much of their early press was abrasive and confrontational. They slagged punk and new wave, bit the hand that fed and became loved and loathed in unequal measures. No bad thing really, eh? Of course, when I say they I mean Ian Page. He became the mouth piece of the band, did most of the talking and gave good quote. The music press became obsessed with him. Whether he liked it or not (and I suspect he liked it quite a lot) Page became spokesman for the mod generation. Maybe because of the alignment to Mod subsequent singles never topped Time For Action’s (mod)erate success. Let Your Heart Dance, a fantastic, vibrant, dance tune only reached no. 32 in the UK singles chart. Now with another ex-Young Buck, Dave Winthrop (sax) on board Secret Affair released their debut album, Glory Boys. That this album only made no. 42 in the UK album charts is astonishing. Mod had made more enemies than friends. All that Glory Boys did was herald the mod backlash that followed with venom. Two-tone was the new mod. The press and its sheep had moved on. Oh but what an album. Great songs, big tunes, fantastic, enthusiastic playing but it wasn’t enough. Glory Boys is an all-time classic album. This is a fact you might not know. If you don’t, just go out and buy it and listen without preconceptions. Don’t take the narrow-minded idea that Secret Affair were only a mod band along with you.

Listen to short extract from “Time For Action”:

So the Secret Affair tale becomes one of almost diminishing returns. The first single of 1980, My World returned them to the top 20 but the follow-up single Sound Of Confusion failed to make the top 40. The second album Behind Closed Doors is not as good as Glory Boys, also failed to set the tills kerchinging and only spent four weeks in the LP chart. Rumours of tension in the band were barely denied and while on tour Cairns was quoted as saying ‘Ian Page is no longer spokesman for the band’. He’s also quoted as saying he doesn’t like the album much. Stories began to leak out that during the making of the album Page and Cairns recorded their parts separately and it later becomes clear that this way of working had continued as the band prepared to tour. Cairns would rehearse with the band in the morning and Page later in the day only meeting each other when on stage. Before the year was out Seb Shelton jumped ship and joined the fledgling Dexys Midnight Runners MkII. “He never drank or smoked and he was always very keen on keeping fit,” said Ian Page, “so I’m sure he’s very happy there.” Paul Bultitude was recruited as Shelton’s replacement and Secret Affair headed of to the USA.

On their return and apparently refreshed with much of the legendary tension behind them they began work on their third and final album Business As Usual. The preview single Do You Know crept into the chart at 57 in October 1981 and a second single from the album Lost In The Night released in January 1982 failed to chart at all. Business As Usual was deleted after only 11,000 copies. Barely three months later, unable to shake off the mod-revivalist tag, Secret Affair split, with Dave Cairns eventually re-emerging alongside The Bureau’s Archie Brown in Flag.

Like Dexys and The Bureau the makers of passionate music for passionate people are never completely forgotten and in 2002 Secret Affair reformed for 3 reunion concerts. They enjoyed themselves so much that they haven’t disappeared altogether and are planning further concerts for this year. A former sax player of theirs says that Page and Cairns are once again best friends, ‘It’s the rest of them that hate each other’. Oh well, you’ve got to laugh.