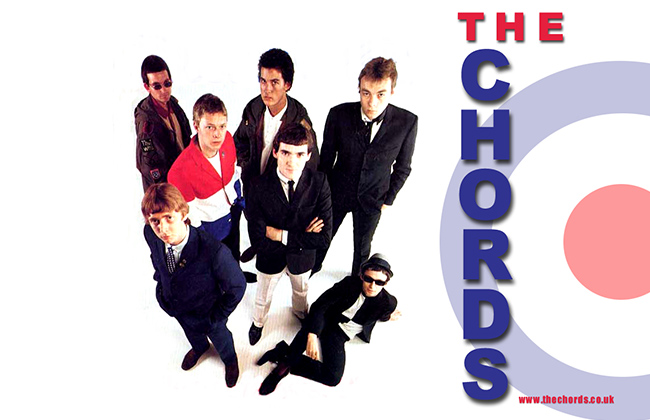 Helmed by founding member and songwriter, Chris Pope, The Chords UK were formed in 2013 to continue playing the likes of ‘classic’ Chords tunes such as ‘MAYBE TOMORROW’, ‘THE BRITISH WAY OF LIFE‘, & ‘SO FAR AWAY’…

… but also to develop a new identity, a new sound and new songs with a contemporary harder edge.

After five years of touring, including dates in Europe and the USA, and with the release of two critically acclaimed alt – rock albums, ‘Take on Life’ (2016) and ‘Nowhere Land’ (2018), Chris and the Chords UK have achieved just that.

Chris has been described by Paul Weller as “the best songwriter of his generation”, by UNCUT as “savage as Townshend with a toothache” and VIVE LE ROCK as “timeless song writing and understated brilliance!”

The band comprising Chris, Mic Stoner, Kenny Cooper and Sandy Michie have been cited live as “an incendiary rock n roll outfit” by Louder Than War.

Playing all the back catalogue including ‘Now It’s Gone’, ‘Something’s Missing’, ‘In My Street’ and cuts from their latest albums … The Chords UK will be on tour this Autumn.