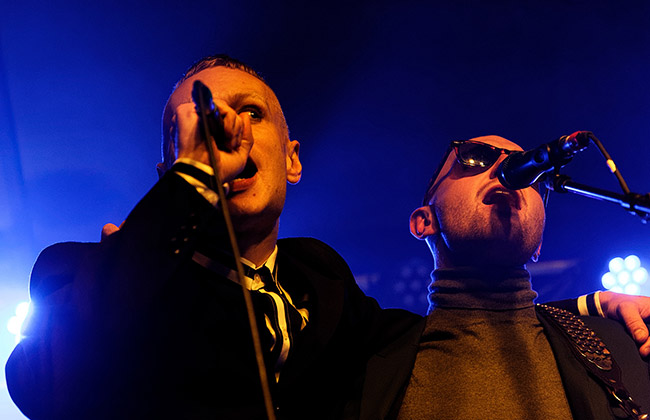 When Death of Guitar Pop uploaded the video to Youtube. Skinheads, Mods and all other like-minded souls come out of the woodwork from every corner of the earth, flocking to the like button on DOG-P’s Facebook page and before you know it, a 4th wave of ska is actually becoming a thing.

More online releases follow and the buzz keeps growing independently. So much so that the band embark on a successful crowd funding campaign in which their mini army of ska fans have funded their debut album “69 Candy Street”.

To coincide with the album launch, Silky launches a DIY label “Ska Club Essex” (named after his own ska club night in Essex) managing all areas of DOG-P’s career & also launching a popular range of merchandise under the “Ska Club Essex” brand, including Varsity Jackets, Tee’s, Patches & more…

In the midst of all this, Death of Guitar Pop start to get pats on the back from ska royalty, the likes of Pauline Black (The Selecter) and Dave Wakeling (The Beat) give the lads big props on social media,even the Bad Manners horn section (aka The Mafia) throw their hat in the ring to play on the album and be part of DOG-P’s live band, The Orginal Rudeboy Neville Staple (The Specials) also reaches out to the lads and they collaborate on a song together titled “Suburban Ska Club”.

Since the album release, the band have sold out their debut show (at London’s Oslo venue,) made special guest appearances at the well renowned Skamouth & Berlin Ska City Festival’s, Made a music video with bafta award winning Inbetweeners star James Buckley and also been a featured artist for Fred Perry Subculture.

The 4th wave of ska is in full swing, courtesy of DOG-P !